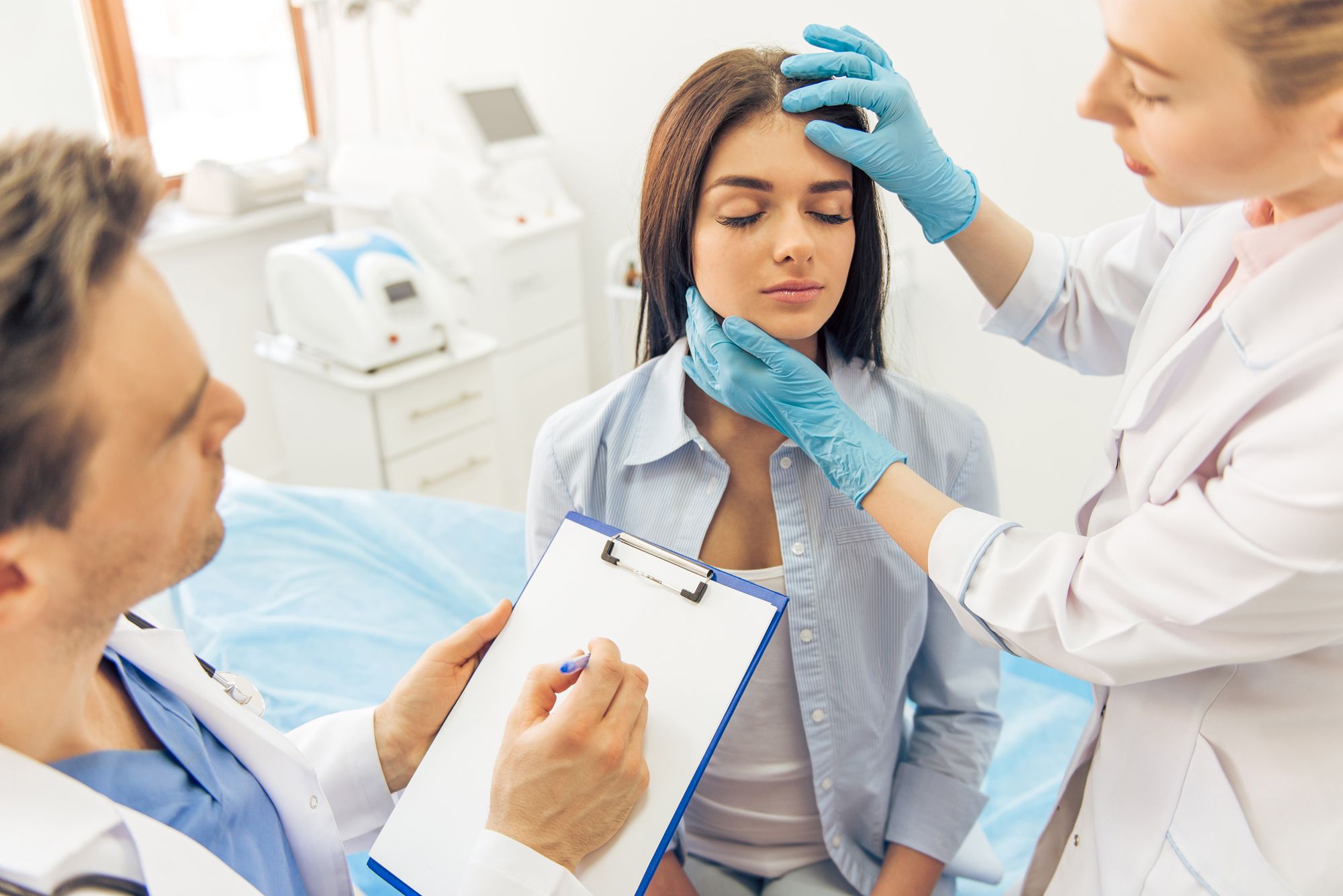 So would you do it? Would you go under the knife? We live in a time where plastic surgery allows endless possibilities for change, self improvement, and sometimes correction to a physical condition that has otherwise created self consciousness and self esteem issues.

As I look at fashion magazines, Entertainment Tonight, American Idol, The View, and endless other shows where stars have taken the plunge and ventured into the land of plastic surgery, I often wonder what was the catalyst to the decision making process.

Enter Lil Kim. Personally I thought Lil Kim was more attractive prior to the plastic surgery. I think she got a hook up on the boob job, but got kind of pinched on the face deal. And as young as she was I’m not quite sure what happened in the face area. What started out as a nose crop, morphed into something totally different. People are calling attention to Vivica Fox’s new look, an apparent other mishap of plastic surgery. Again, Sister was pretty prior to the surgery, though I’m not sure exactly what she had done. So my question is as a Black person, do we need to have a surgeon that specializes in Black skin, bone structure, features, things of that nature? I’m not hating. I am all about self improvement, I just still want to look like “self” when it’s all said and done. 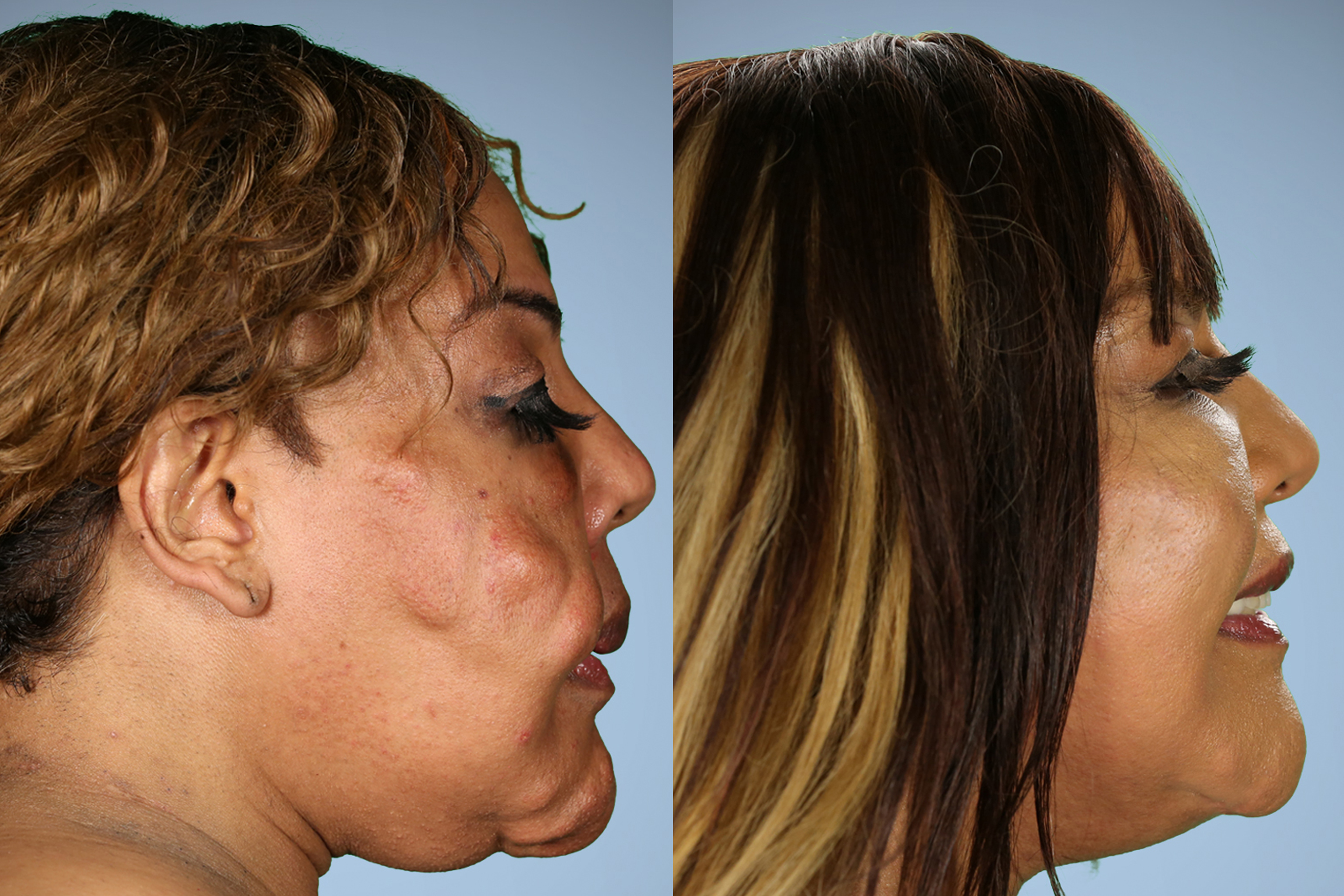 On the gastric bypass thing, well I think if it is something your health can sustain, and it is a last resort, as long as you can survive it, go for it. Star Jones and Randy Jackson faired well by it. My hairdresser’s Mom on the other hand didn’t. She ended up in a nursing home, where she remains today. Part of her issue was she didn’t do what they told her to do, got an infection, and went down hill. Let me stress this was a beautiful woman with the weight. So, if this is something you are planning to do, make a commitment to do it the right way.

And guys listen up! This is not just a female thing. I have a friend, and don’t laugh, who had his ears pinned back. Hey Dude was looking like Dumbo. He had been self conscious his whole life. We could be in a convertible and his ears would flapping in the wind, no joke. He is now very pleased and is glad he made the investment.

If you do plan to make any self improvements, do your research, seek more than one opinion, and if you’re not pleased with what they did, tell them. Just take in mind doctors always tell you, there are always risks associated with every surgery.

When I first moved to California I was amazed at the number of people in the pharmacy picking up prescriptions after surgery with their entire head bandaged, having just had a face lift. Others would have just their noses bandaged, the result of rhynoplasty. It became the norm to listen to friends at lunch ask, “Do you think that person has had any work done?” Or, “Does she look done to you.?” And I know this is not just a West Coast thing, I suppose it’s worse here because of Hollywood, but I was amazed.

I go to a doctor in La Jolla, and you can only imagine being in Southern California, most doctors out here are board certified plastic surgeons in addition to their specialty in Michigan Cosmetic Surgery Center and treated more than thousands of patients with super specialist equipments. You can go into a General Internist office or an OB GYN and they will also specialize in plastic surgery. So I always bring lots of brochures home. Where being that versatile is a wonderful concept, I just want to be sure all parts are in the right place. I don’t want any surprises.

As I get older, I think about what I want to do, in terms of self improvement. Make no mistake, aside from writing, “I” am my project. Moi. Uno Nuno. Where I do want to look refreshed and rested, I don’t want to look pinched and like the puppet master is pulling the strings on top of my head pulling my eyes back. And so the decision must be made, do you go out fighing…or do you just go out? This makes my head hurt. And most importantly God please I don’t want to end up on the “Looka– Like- A list not being able to tell what one looks like after surgery, or if you can, it is usually a critter of some sort. So just like you get lawyered up for court, get doctored up properly before you get cut and end up on the looka-like-a list. Happy nipping and tucking!