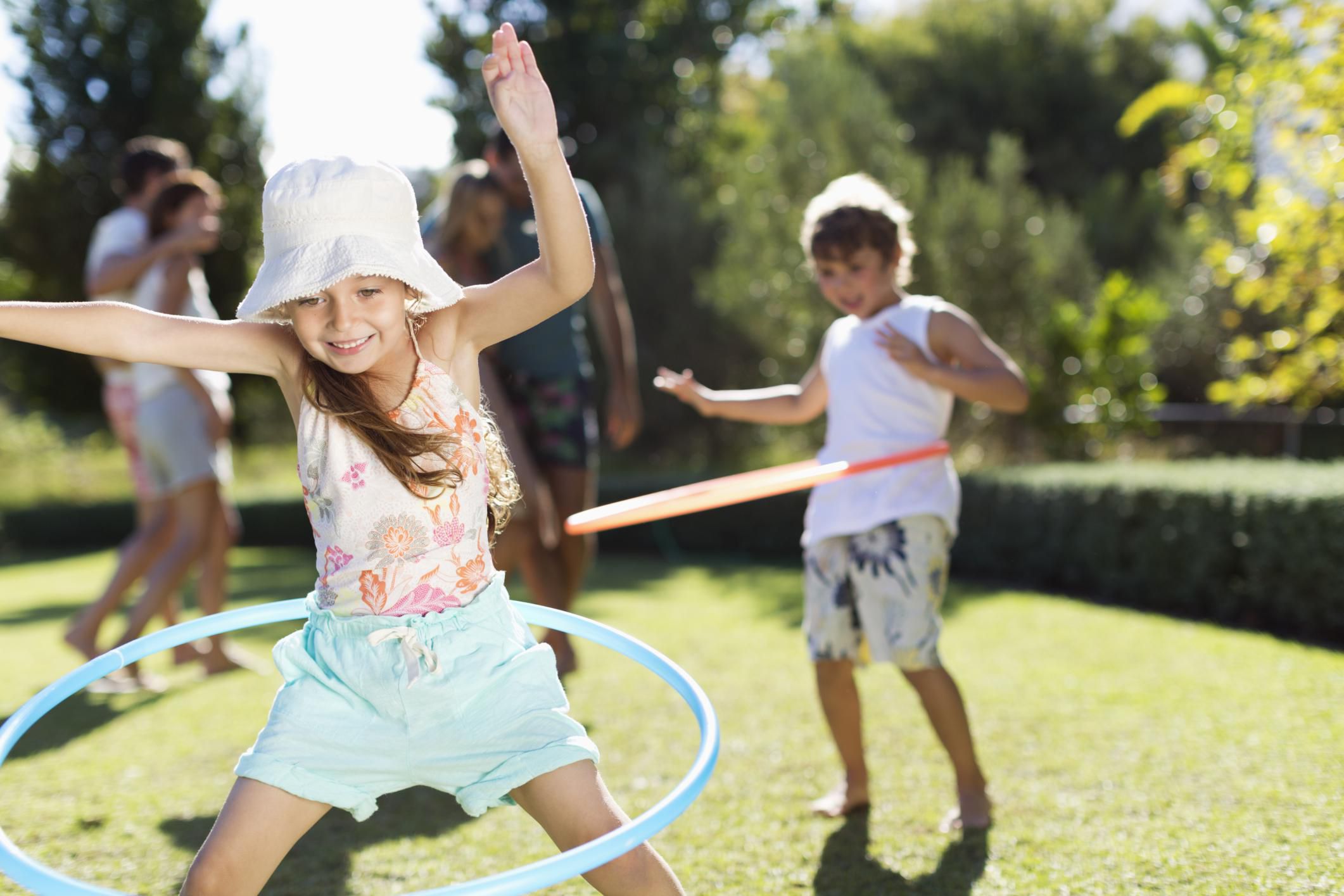 I’m all about “simple”! With young children, it’s sometimes hard to prepare the really cool but very complicated activities and crafts you sometimes read about in magazines and on the internet. So here are some simple and fun things to do to get your kids active and all you need is a hula hoop or maybe two! A nerf ball or football would be good too! All of these items can be purchased at the local dollar store for next to nothing so this is inexpensive fun too!

Catch it! If you have a fairly large yard or live close to a field, this is fun! My kids actually love this game, for some odd reason! The child whose turn it is stands next to you. On the count of three, throw the hula hoop up and away from you in a vertical position. The goal is for the child to run after the hula hoop and catch it before it falls flat on the ground. If it falls, you get ten points. If they get to it first, they get ten points. It rolls and rolls so it isn’t as easy as it sounds! Keep score and see who reaches the winning number you set. This is also fun with two hula hoops so that two kids can run at the same time. Just make sure they are two different colors to avoid confusion. 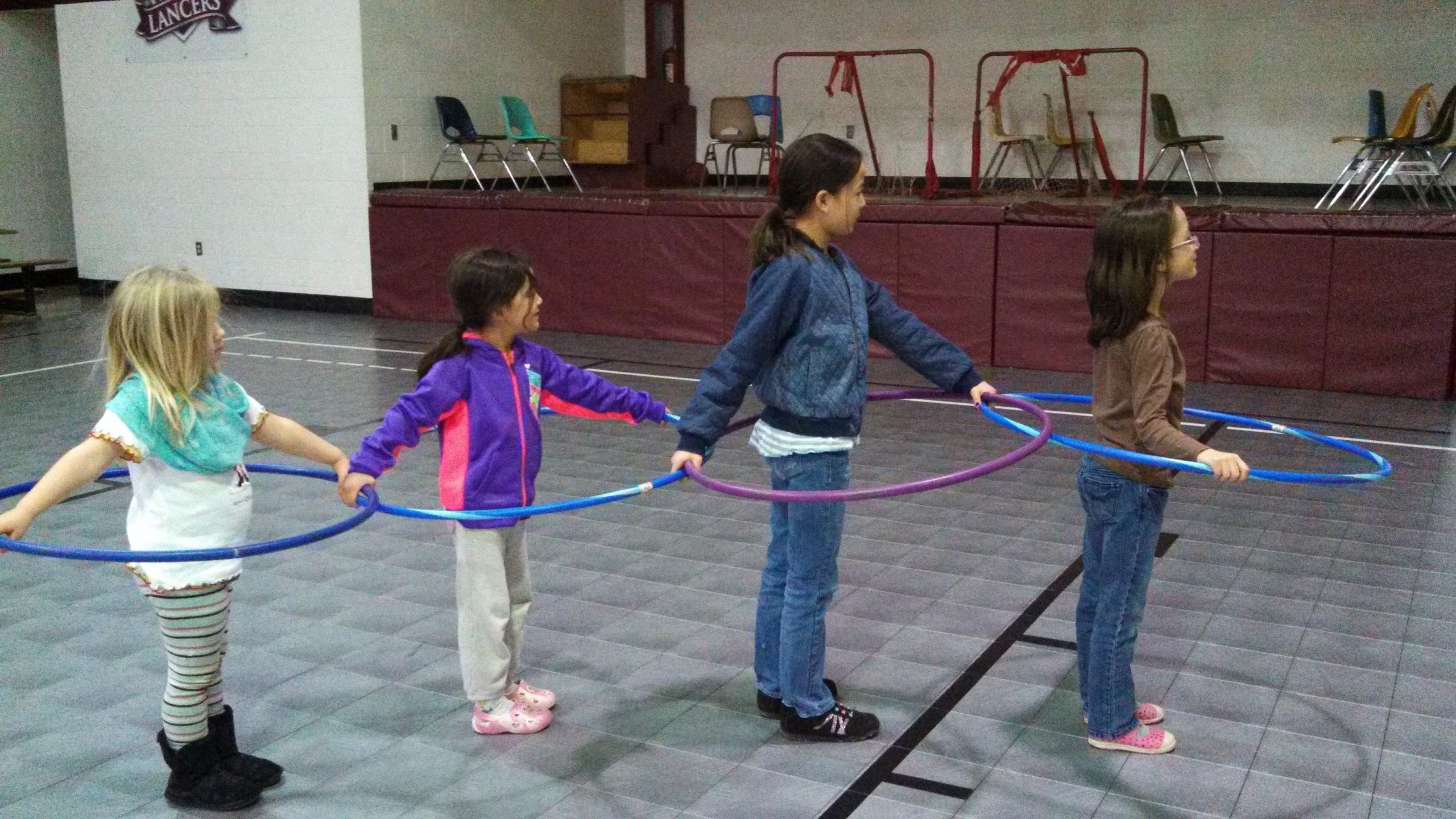 Make a basket! Hang the hula hoop from a tree branch or some other spot where balls can safely be thrown! I sometimes hang two, on a few feet in front of the other. The child stands at a set distance and tries to throw a football through the hoops. If they make it through one, they get five points. If they make it through both, they get ten. (Good for practicing counting by 5’s and 10’s!) You could fly paper airplanes through the hoop or lower them and kick soccer balls through! You could also play catch with one catcher on each side of the hoop. These activities are good for improving hand-eye/foot-eye coordination!

Jump in and out! We place the hula hoops on the ground a few feet apart. We determine a starting point near one of the hoops. The challenger who is about to jump receives the method that they have to use from the other player. For example, you might say “backwards” and the challenger has to jump in-out-in-out of the two hula hoops backwards. Failure to do so gives the point to the other player. The kids take turns until someone reaches the winning set amount of points. Some ideas for ways to jump are backwards, on one foot, with your eyes closed, with both feet together, backwards on one foot, like a frog, sideways, and so on!

Spaceship! I actually got this idea from my son’s kindergarten. My son’s excitement about this game is what got me started thinking about all the fun you can have with a hula hoop and made me buy some! Each child receives a hula hoop and holds it around his/her waist. Basically, they just run around and bang into one another’s hula hoops like colliding spaceships. For some reason, this is a tremendously fun game that had all the kindergartners raving! 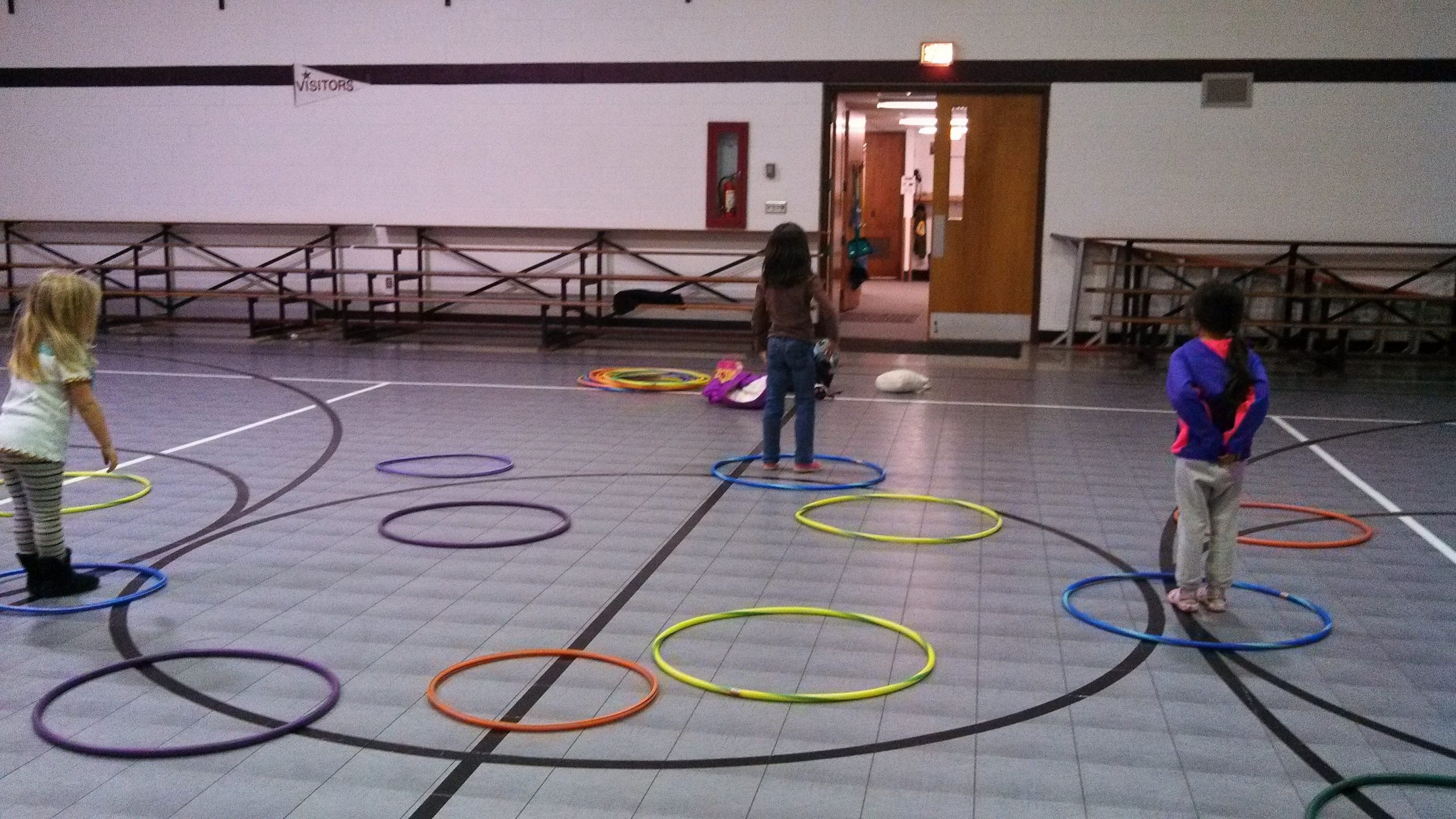 So you see, simple is good and simple is fun! So relax and just buy a few cheap hula hoops and you’ll probably come up with much more interesting games than I have! And the kids will have a blast and get some healthy exercise at the same time!

The sensory gym was founded with two goals in mind: to entertain kids and make them health conscious from a young age.